Why Study at GMC 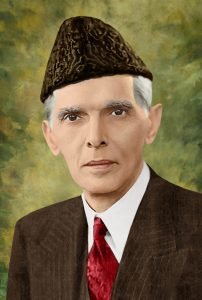 “You strive for education with hard work, dedication, full attention and diligence. Highlight your abilities so that the highly educated class will take over the reins of the country in the future which requires preparation now. Inshallah in the near future we will reach our destination and every obstacle in the way will be removed, strictly adhering to the basic principles of faith, unity and discipline, we will successfully pass every test with our efforts”.

Government Murray College Sialkot was established as Scotch Mission College by Scottish missionaries belonging to the Church of Scotland Mission in 1889. The Church of Scotland came to Sialkot (then Part of British India) in January 1857 when the first Scottish missionary, Reverend Thomas Hunter, came to live with his wife, Jane Scott, and baby son near the Brigade Parade Ground, facing the Trinity Church (whose first stone was laid on 1 March 1852). The church was consecrated by the Bishop of Madras on 30 January 1857. Sialkot at that time was in the diocese of Calcutta in British India. Thomas Hunter, his wife and baby son were murdered in Sialkot during the Indian Rebellion of 1857.

Subscribe to our newsletter
Stay Up to date With Our news Letters!

Looking to study with us?

Speak to an adviser

Not a member yet? Register now

Are you a member? Login now